Wences Casares, CEO of bitcoin wallet Xapo and member of PayPal’s board of directors has made a compelling forecast on bitcoin’s value over the next decade.

The bitcoin entrepreneur and executive was speaking at the Consensus 2017 conference in New York. Taking the stage at a dinner organized by bitcoin and blockchain advocacy group Coin Center, Casares’ speech was quite the hit. 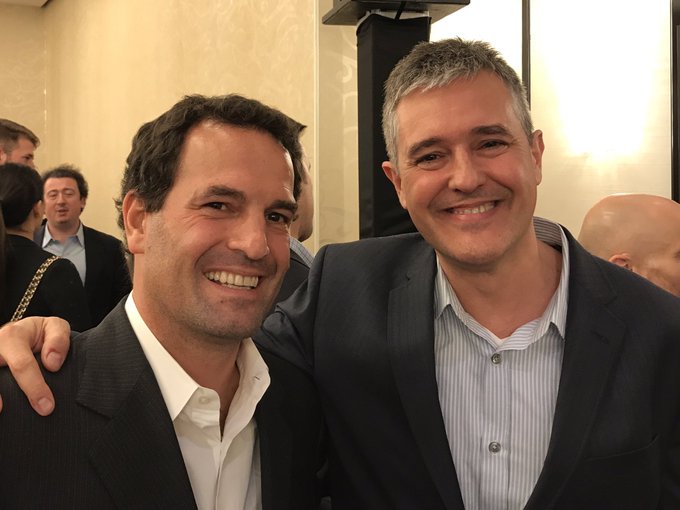 While we did not attend and are unable to find a video of the talk, there are a few notable takeaways from scatterings of his speech reported online. Putting bitcoin under the spotlight, Casares opined that “the internet doesn’t have a currency and it desperately needs one”, pointing to the world’s most popular cryptocurrency.

“Put 1% of your net worth in Bitcoin and forget about it for 10 years” Casares added, baiting new investors to adopt the cryptocurrency.

His speech also included a prediction for the cryptocurrency, where one bitcoin would hit $1 million before the next ten years.

Casares has long been a tech entrepreneur. As the founder of Argentina’s first internet service provider, he is also among the earliest evangelists of Bitcoin. He went on to launch a retail bank in Brazil before eventually launching bitcoin wallet Xapo. In early 2016, Casares joined PayPal’s board of directors, with the payments giant describing him as a “recognized next-generation payment and crypto-currency thought leader.”

Still, Casares’ claim is arguably among the most bullish predictions for bitcoin prices yet. Certainly more than early Snapchat investor Jeremy Liew and Blockchain CEO Peter Smith who predicted bitcoin prices to hit $500,000 by 2030.

It remains to be seen if either of these claims come true. One late 2016 prediction that has already proved right saw Danish investment bank Saxo predict bitcoin prices to rise by 165% (bitcoin was trading around $750 at the time), to leap beyond $2,000 in 2017. Bitcoin prices broke beyond $2,200 yesterday and are continuing to surge ahead at the time of publishing.

Perhaps its the best time to buy Altcoins: The Study

Historical Moment in Bitcoin Dominance – An opportunity of a lifetime?

Bitcoin sell-off over? Strong ‘buy the dip’ signal flashes for the first time in...

HOT CryptoPost
0
Dogecoin (DOGE) might look like a fun meme coin, particularly as its price has absolutely skyrocketed in 2021. But behind the innocent Shiba Inu...

Bitcoin sell-off over? Strong ‘buy the dip’ signal flashes for the...