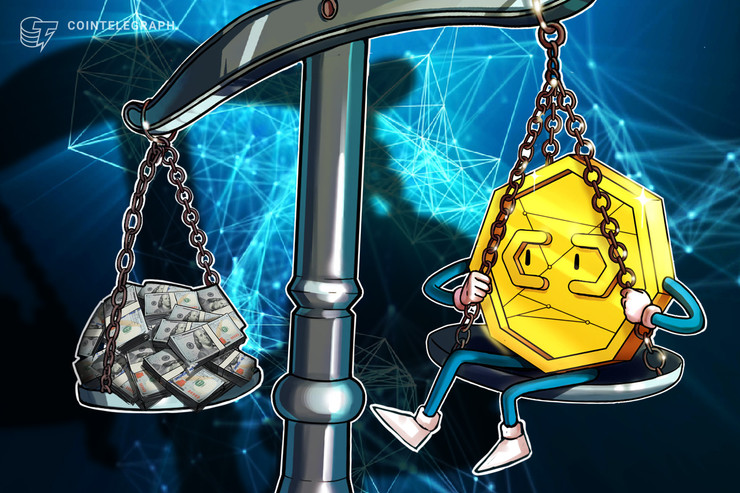 The U.S government recently unleashed a $2 trillion stimulus package to help Americans offset the economic impact of COVID-19. That figure is more than double the amount of all the speculative capital locked up in the entire cryptocurrency market during its 2018 peak.

Cryptocurrency at large — Bitcoin, Ethereum, Litecoin, and everything else — collectively reached its all-time market cap high in January 2018, totaling $831 billion according to CoinMarketCap data.

The U.S. stimulus bill in response to coronavirus is 240% larger by comparison.

Over the last two months, the U.S. government evaluated a number of ways to pump life into an economy stalled by coronavirus prevention. Several rounds of capital injections ensued, one of which saw the U.S. Federal Reserve print a fresh $1.5 trillion in mid-March.

That month ended with President Trump approving the $2 trillion stimulus package, which included sending funds to citizens and companies in various capacities. While some speculated the stimulus would increase the demand for Bitcoin, early signs from the asset’s price have not shown any great cause for excitement. BTC still sits fairly range-bound at press time, near a price of $6,880.

U.S. stimulus efforts show just how small the cryptocurrency space is by comparison. With a market cap of $199 billion at the time of this writing, the world’s digital asset ecosystem holds significant room for growth, especially considering all the money in circulation.

Throw your Bored Apes in the trash

MiCA is already stifling stablecoin adoption in the EU

Is post-Merge Ethereum PoS a threat to Bitcoin’s dominance?