Bitcoin (BTC) price appears on the verge of closing another week pinned below the $11,000 resistance but given the major events of the week, things could have been so much worse. 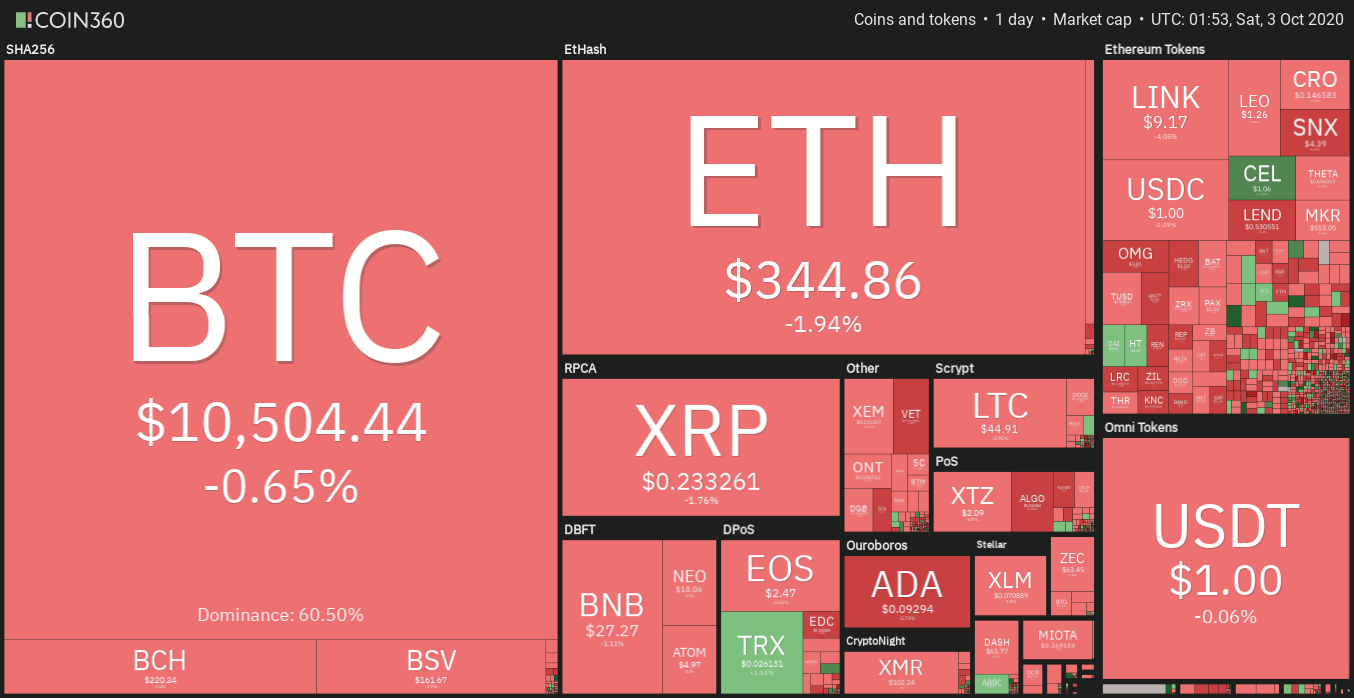 The top-ranked cryptocurrency by market cap held its ground as KuCoin revealed more than $150 million worth of assets had been stolen from the exchange, and the price only stumbled slightly as the CTFC announced that legal action was being taken against BitMEX exchange.

The price again avoided collapse when DOW and S&P 500 futures took a hefty drop upon the announcement that U.S. President Donald Trump had contracted the coronavirus.

In the past, just one of the above events would have easily tanked Bitcoin price by at least 10% and as history shows, altcoins would have been crushed even further.

According to Cointelegraph contributor Marcel Pechman, Bitcoin’s resilience to major negative news events shows that professional and retail investors remain bullish on the digital asset and Pechman suggested that the bullish uptrend to $12,000 could resume sooner than investors anticipate. 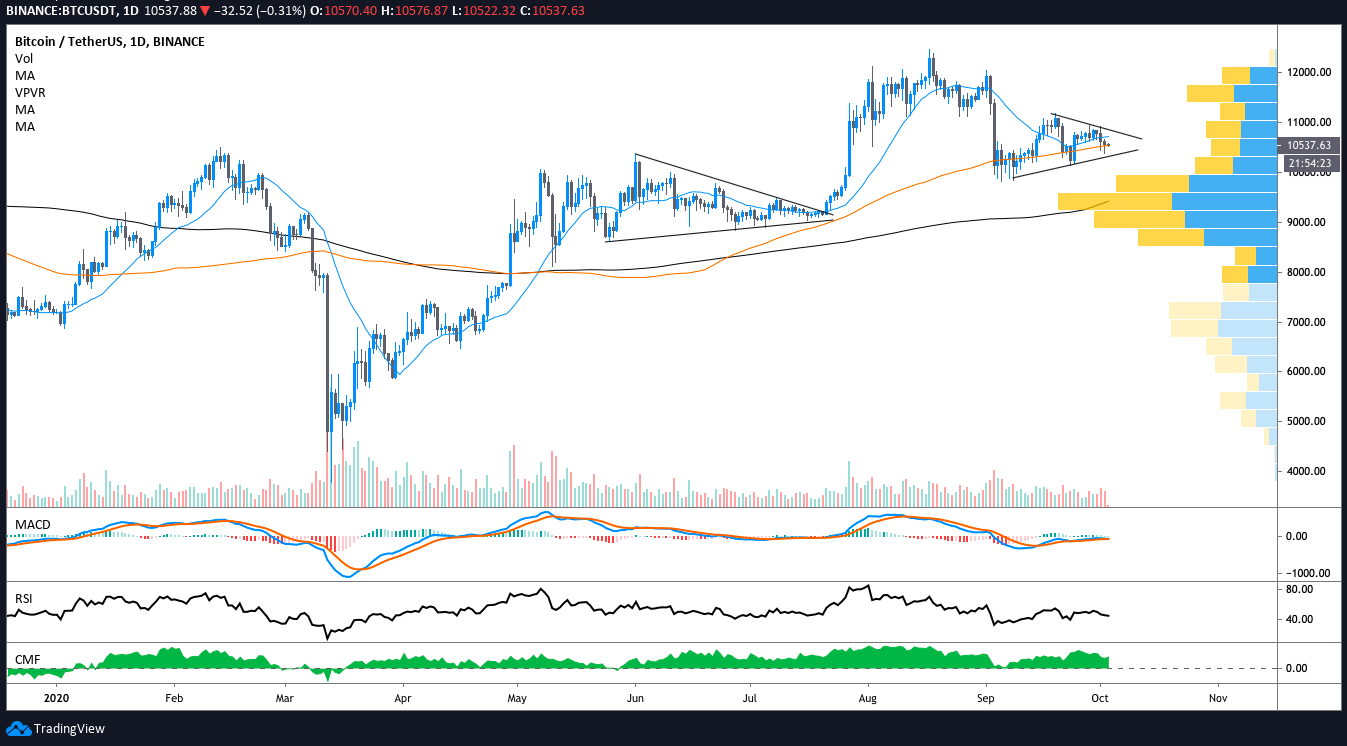 As has been the case for the past week, Bitcoin continues to compress within a symmetrical triangle and the price is holding above $10,500.

The volume profile visible range (VPVR) on the daily chart shows a large $1,450 gap which is the length of the Sept. 3 candle where Bitcoin dropped from $11,400 to $9,950 and since this 13% correction the price has been pinned in this range.

Currently the relative strength index is slightly above 45 and the moving average convergence divergence shows the MACD on the verge of rolling over the signal line as sell volume increases.

This is not overwhelmingly worrisome and from a bird’s-eye view we can see the price is still making higher lows and lower highs as the price compresses. Although traders’ sentiment may be bullish, the key ingredient missing at the moment is volume.

Regarding Bitcoin’s current range, looking back to May 25-July 20 the price compressed within a similar symmetrical triangle before breaking out with a strong 36% rally which took the price to the 2020 high at $12,480.

Traders are likely watching the current structure to see if a similar scenario is in the making. As mentioned in a previous analysis, holding above $10,380 will keep the price in the symmetrical triangle but below this level there has been demonstrated interest from buyers in the $10,200-$9,800 range.

In the event of a bullish breakout, Bitcoin price still needs to take out multiple resistance levels at $11,000 all the way through $11,400, hence the need for a high volume spike to obliterate all the overhead resistance.

Generally, no news is good news and price action-wise, Bitcoin has done nothing newsworthy over the past week.

In fact, the surprising news about Bitcoin is its lack of downside during an eventful week filled with events which would have clobbered the price in years past.

The views and opinions expressed here are solely those of the author and do not necessarily reflect the views of Cointelegraph. Every investment and trading move involves risk. You should conduct your own research when making a decision.

Throw your Bored Apes in the trash

MiCA is already stifling stablecoin adoption in the EU

Is post-Merge Ethereum PoS a threat to Bitcoin’s dominance?